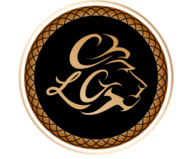 GOOD NEWS! THE PREVIOUS I-944, PUBLIC CHARGE RULE HAS BEEN REVOKED

On or after March 9, 2021, applicants and petitioners should not provide information required solely by the Public Charge Final Rule. That means that applicants for adjustment of status should not provide the Form I-944, Declaration of Self-Sufficiency, or any evidence or documentation required on that form with their Form I-485. Applicants and petitioners for extension of nonimmigrant stay and change of nonimmigrant status should not provide information related to the receipt of public benefits on Form I-129 (Part 6), Form I-129CW (Part 6), Form I-539 (Part 5), and Form I-539A (Part 3).

If you received a Request for Evidence (RFE) or Notice of Intent to Deny (NOID) requesting information that is solely required by the Public Charge Final Rule, including but not limited to Form I-944, and your response is due on or after March 9, 2021, you do not need to provide the information solely required by the Public Charge Final Rule. However, you need to respond to the aspects of the RFE or NOID that otherwise pertain to the eligibility for the immigration benefit you are seeking. If USCIS requires additional information or evidence to make a public charge inadmissibility determination under the statute and consistent with the 1999 Interim Field Guidance, we will send you another RFE or NOID. For information about the relevant court decisions, please see the litigation summary.

USCIS published new form editions for affected forms. Starting April 19, 2021, we will only accept the 03/10/21 editions. Until then, you can also use the prior editions specified on each form webpage.

DHS Implements Inadmissibility on Public Charge Grounds Final Rule
February 24, 2020
WASHINGTON—The U.S. Department of Homeland Security today implemented the Inadmissibility on Public Charge Grounds final rule. Under the final rule, DHS will look at the factors required under the law by Congress, like an alien’s age, health, family status, assets, resources, and financial status, education and skills, among others, in order to determine whether the alien is likely at any time to become a public charge. The rule now applies nationwide, including in Illinois.

Self-sufficiency is a long-standing principle of immigration law. Since the 1800s, inadmissibility based on public charge has been a part of immigration law. Since 1996, federal laws have stated that aliens seeking to come to or remain in the United States, temporarily or permanently, must be self-sufficient and rely on their own capabilities and the resources of family, friends, and private organizations instead of public benefits.

“President Trump continues to deliver on his promise to the American people to enforce our nation’s immigration laws. After several judicial victories, DHS will finally begin implementing the Inadmissibility on Public Charge Grounds final rule,” said Ken Cuccinelli, the acting deputy secretary of the Department of Homeland Security. “This rule enforces longstanding law requiring aliens to be self-sufficient, reaffirming the American ideals of hard work, perseverance and determination. It also offers clarity and expectations to aliens considering a life in the United States and will help protect our public benefit programs.”

The final rule defines “public charge” as an alien who has received one or more public benefits (as defined in the rule) for more than 12 months, in total, within any 36-month period.

Applicants for adjustment of status who are subject to the final rule must show that they are not likely at any time to become a public charge by submitting a Form I-944, Declaration of Self-Sufficiency, when they file their Form I-485, Application to Register Permanent Residence or Adjust Status.

To determine whether an alien is inadmissible on the public charge grounds, U.S. Citizenship and Immigration Services will not consider, and applicants and petitioners do not need to report, the application for, certification or approval to receive, or receipt of certain previously excluded non-cash public benefits (such as SNAP, most forms of Medicaid, and public housing) before Feb. 24, 2020. Similarly, USCIS will not consider as a heavily weighted negative factor receipt of previously included public benefits (such as SSI and TANF) before Feb. 24, 2020, in a public charge inadmissibility determination.

Certain classes of aliens are exempt from the public charge ground of inadmissibility (such as refugees, asylees, certain VAWA self-petitioners, U petitioners, and T applicants) and therefore, are not subject to the final rule.

After today, USCIS will reject prior editions of affected forms, including in Illinois where the rule remained enjoined until Feb. 21, 2020, when the U.S. Supreme Court granted a stay of the statewide injunction. If USCIS receives an application or petition for immigration benefits using prior editions of the forms postmarked on or after Feb. 24, 2020, then USCIS will inform the applicant or petitioner of the need to submit a new application or petition using the correct forms. For applications and petitions that are sent by commercial courier (such as UPS, FedEx and DHL), the postmark date is the date reflected on the courier receipt.Type your paragraph here.